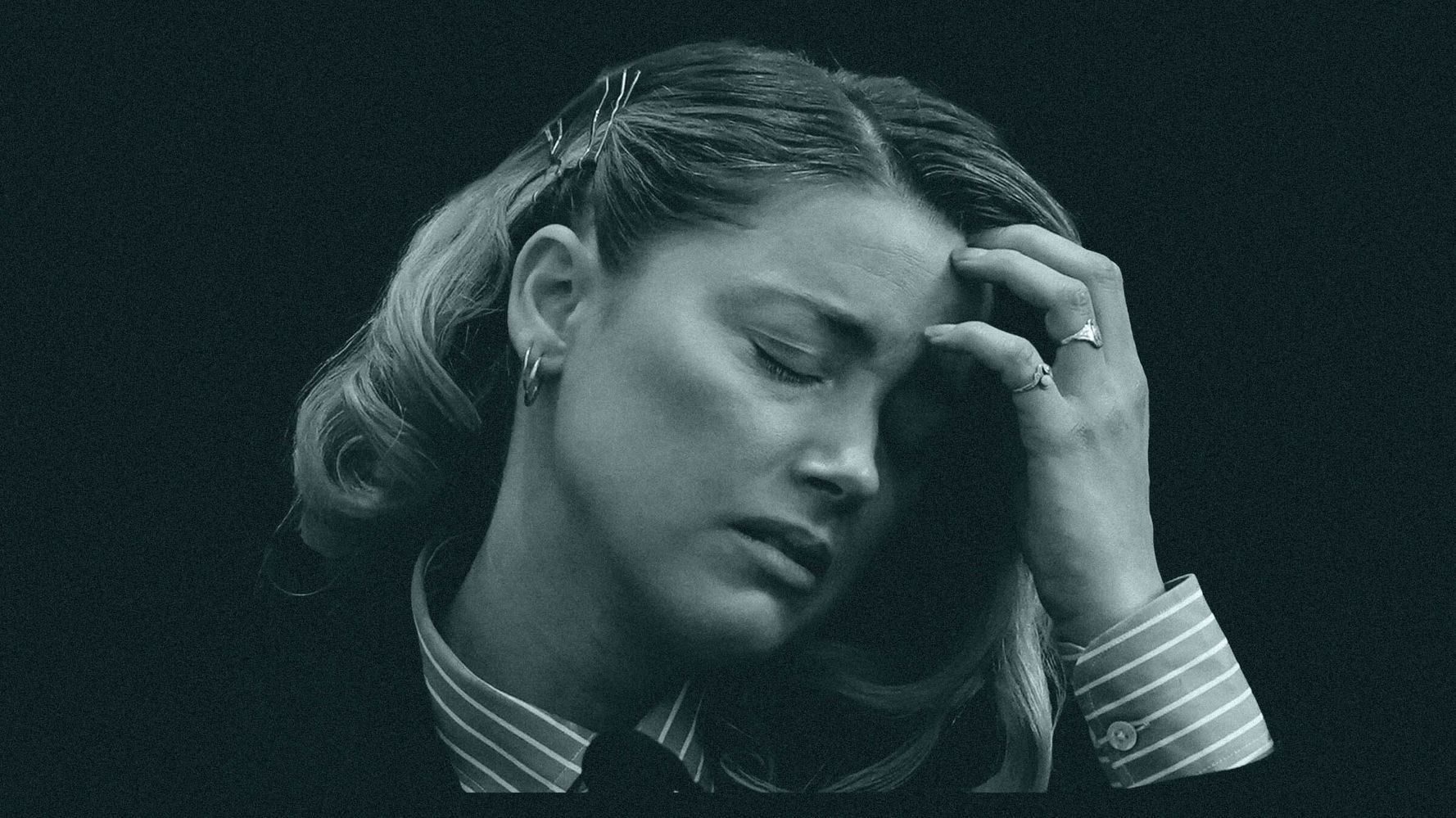 Like many people, Bethany Purves, a 23-year-old writer living in England, had been idly watching Johnny Depp’s defamation case against his ex-wife Amber Heard.

At least, she was up to a point. Eventually, she had to turn it off: It was upsetting to hear the intimate accounts of the couple’s four-year relationship. Depp and Heard each claim the other was physically and emotionally abusive.

Even if you aren’t looking for clips on YouTube or watching on Court TV, it’s hard to escape the trial online. The case is a sensitive, nuanced one, centered on serious claims of domestic abuse and violence. But on Twitter and TikTok, it’s been reduced to a viral sideshow. On both platforms, Depp supporters and casual viewers of the trial have used excerpts from Heard’s testimony to mock her through memes and lip-sync videos.

Purves panicked when she read in a tweet that Depp’s legal team had brought in a forensic psychologist who claimed that Heard had borderline personality disorder, or BPD.

“I was like, ‘Oh, no.’ I know what many people think of Heard, and BPD is already a very misunderstood and highly stigmatized condition,” Purves told HuffPost. “I knew the combination would result in BPD and abuse being linked, since this is the first time a lot of people have heard about BPD.”

We’ve made some progress, on a societal level, toward recognizing and normalizing certain mental health issues, but stigma and misunderstanding around many diagnoses still exist. Most people, for example, have a fairly decent understanding of what anxiety and depression entail. Unfortunately, that isn’t the case for BPD ― and it can lead people to assume the worst.

BPD is a mental disorder that affects how a person feels and sees themselves in the world, said Ziv Cohen, the founder and medical director of Principium Psychiatry and a forensic and clinical psychiatrist. (Cohen, like the other mental health professionals interviewed in this story, has not treated Heard.)

If you have borderline personality disorder, you tend to see the world in extremes, such as all good or all bad. “This can create chaos in personal relationships, as the intimate partner of the person with BPD oscillates from being ‘good’ to ‘bad,’ from ‘savior’ to ‘hater,’” Cohen told HuffPost.

People with BPD usually experience fears of abandonment in their relationships, and worry about others abandoning them even with no objective evidence to support it. (That heightened fear of rejection is often tied to past trauma in childhood.)

This kind of frantic, impulsive behavior tends to push others away and lead to fractured relationships, Cohen said. “Generally, people with BPD have chronic feelings of emptiness, tend to be impulsive, and are at risk for other conditions like mood disorders,” he added.

People who live with BPD also have a hard time regulating their emotions ― it’s been said that living with BPD is like existing with no “emotional skin.”

One potentially positive aspect is that those intense emotions often translate into great creativity and empathy, according to Lauren Kerwin, a psychologist who specializes in depression, anxiety, trauma and BPD. “Several studies have shown that those with BPD have an enhanced ability to be perceptive and read others’ emotions,” she said.

Still, it’s the negative side of BPD that gets the most attention on social media. You don’t have to poke around Twitter very long to find tweets characterizing Heard and others with BPD as “toxic,” “manipulative” or “abusive.” One YouTube video goes as far as suggesting that because Heard allegedly has BPD, she’s “not even fit to be a mom.” (The “Aquaman” actor, who finalized her divorce from Depp in 2017, announced the birth of her daughter last year.)

Purves and others with the condition say it’s disheartening to see BPD equated with violent behavior.

“I definitely worry that ‘BPD’ will become a phrase that is used to describe violent people, because it’s just not true,” she told HuffPost ― especially since violence associated with BPD is far more likely to occur in the form of self-harm, not violence against other people.

People with BPD expect to be further stigmatized now

Madi Faith, a 34-year-old from Dorset, England, was so taken aback by the intensity of social media posts about Heard and her alleged diagnosis, she decided to tweet about it. (Faith was previously diagnosed with BPD, although she said she no longer fits enough of the criteria to warrant a diagnosis.)

“Reminder,” she wrote on Twitter. “Amber Heard won’t see your posts villainizing people who are diagnosed with borderline personality disorder as abusive, manipulative, violent, attention-seeking, toxic monsters ― yet your friends with BPD will.”

“Listening to the testimony, there was this implication that people with BPD are incredibly manipulative and violent toward their partner and that they use the legal system to their advantage,” Faith told HuffPost. “That they’ll claim abuse and file restraining orders to make themselves appear to be the victim.”

“I think that was the point,” she said. “To create a link between mental health and dangerous behavior, which is such a damaging connection to be reinforcing, when it’s actually people suffering from mental illness that are far more vulnerable to violence, not violent themselves.”

Jenni Elyse, 44, wasn’t surprised to read the callous takes on social media. People with BPD tend to get a bad rap online and in pop culture; when TV shows and movies have a “crazy” female character, a BPD diagnosis is often involved. Sometimes, even friends who should know better make casual, cutting comments about the disorder. Before her diagnosis in 2020, Jenni Elyse said that’s what happened with a friend who’s a licensed clinical social worker. (Jenni Elyse asked to use her first and middle names only to protect her privacy.)

“I told my friend that my psychiatrist was trying to decide if he wanted to diagnose me with dependent personality disorder or BPD. In response, she told me, ‘You don’t have borderline personality disorder. If you did, we wouldn’t be friends,’” Jenni Elyse told HuffPost. “That was the first time I realized how much stigma, even by professionals, there is surrounding BPD.”

Jenni Elyse is concerned about the stigma getting worse in light of the Depp-Heard defamation trial, but she hopes to use the conversation to help more people understand what the condition is actually like. Last week, she posted a Twitter thread describing how BPD plays out in her life, and how it’s manageable with the right care.

I know Borderline Personality Disorder has been in the news a lot in the last week or so because of the Johnny Depp v. Amber Heard trial. (1/?) #BorderlinePersonalityDisorder #mentalillness #breakingthestigma

“I’ll continue to post because like my therapist said, the way to break the stigma is to help everyone understand what it’s really like and how to treat it,” she told HuffPost.

If you’ve been diagnosed with BPD (or suspect that you may have the disorder), be especially gentle with yourself while the Heard-Depp trial is ongoing. Therapists we spoke to suggested the following ways to cope:

Remind yourself that this trial is not about you

If you start to get fixated on what’s happening, remember: This is a defamation trial involving messy fallout from a divorce case that you ultimately have nothing to do with.

“I’d suggest to anyone who was upset by news about Heard and BPD to remember that in a divorce situation or a lawsuit, each side may make all kinds of accusations against the other,” Cohen said. “This can be a helpful moment for individuals with BPD to reframe their thinking if they are feeling personally targeted. This case is really about Heard and Depp’s relationship, not BPD.”

Take a breather from social media, or curate your feed so the trial isn’t everywhere you look

Yes, clips from the Heard-Depp trial are seemingly everywhere online right now, but there are ways to check out.

If your YouTube feed is wall-to-wall coverage of the trial because you watched a clip or two and now the algorithm thinks you’re interested, remove individual videos from your watch history. That may reduce the chances of similar recommendations in the future. (It also might help to remove individual searches from your search history.)

On Twitter, you can mute phrases and names you don’t want to see on your feed. The Verge has a helpful guide on how to do that on your iPhone or Android.

You can similarly block specific videos and keep your feed customized on TikTok by following these steps.

Or take a break from social media entirely

“If that’s what you need, give yourself permission to take that space,” said Saba Harouni Lurie, a therapist and owner of Take Root Therapy in Los Angeles. “Maybe instead connect with safe people, those who know you and love you. Allow those relationships to help anchor you.”

Remember: People with BPD are not broken

Debbie DeMarco Bennett is a certified life coach and writer who’s blogged about her journey through BPD and into recovery. While she’s not personally bothered by the Heard-Depp case or the misguided posts she sees on social media, she understands why others are upset.

“I actually reached out to a YouTuber and asked him to reconsider his thumbnail for his video, which read ‘Amber Heard diagnosed as CRAZY’ in a big font,” she told HuffPost.

DeMarco Bennett said the majority of the people she’s worked with in the past decade are “intelligent, super-sensitive, highly capable individuals with incredible potential.”

People with BPD are not “broken,” she said ― they just have what psychologist Marsha Linehan calls a “skills deficit.” (Linehan is the creator of dialectical behavior therapy, a type of therapy that can be very effective for reducing or managing symptoms of BPD. Some even call it the “gold standard” of BPD treatment.)

“People with BPD are not crazy. They just never learned the skills needed to effectively feel, process and manage their emotions, which they often experience more intensely than other people,” DeMarco Bennett said. “If you’re bothered by this trial, remind yourself of that.”

“It’s important that people with BPD have access to compassionate care to learn how to regulate and manage intense emotions when they come up,” DeMarco Bennett said.

Of course, therapy can be pricey, even if you have insurance. This article lists a few suggestions for cutting costs, even just a bit.

Ultimately, though, it’s worth seeking out that help.

“There’s hope, there’s treatment, there’s a way to build a life worth living for those of us with BPD,” Jenni Elyse said.

“There’s a quote from the founder of DBT that goes, ‘Life can be worth living even when there is pain,’” she said. “A year ago, after I was diagnosed with BPD, I didn’t think that was possible, but therapy has changed the way I think and how I react to the world. It has literally saved my life.”

What I Want You To Know About Borderline Personality Disorder

Parental depression screening could help identify families in need of mental health support
Studies discover multiple gene variants that contribute to the risk and severity of NAFLD in children
A No-BS Guide To Finding The Best Ice Cream Maker For You
Study: Nearly 80% of people in the U.S. have low to moderate cardiovascular health
The Best July 4th Sales To Shop This Weekend