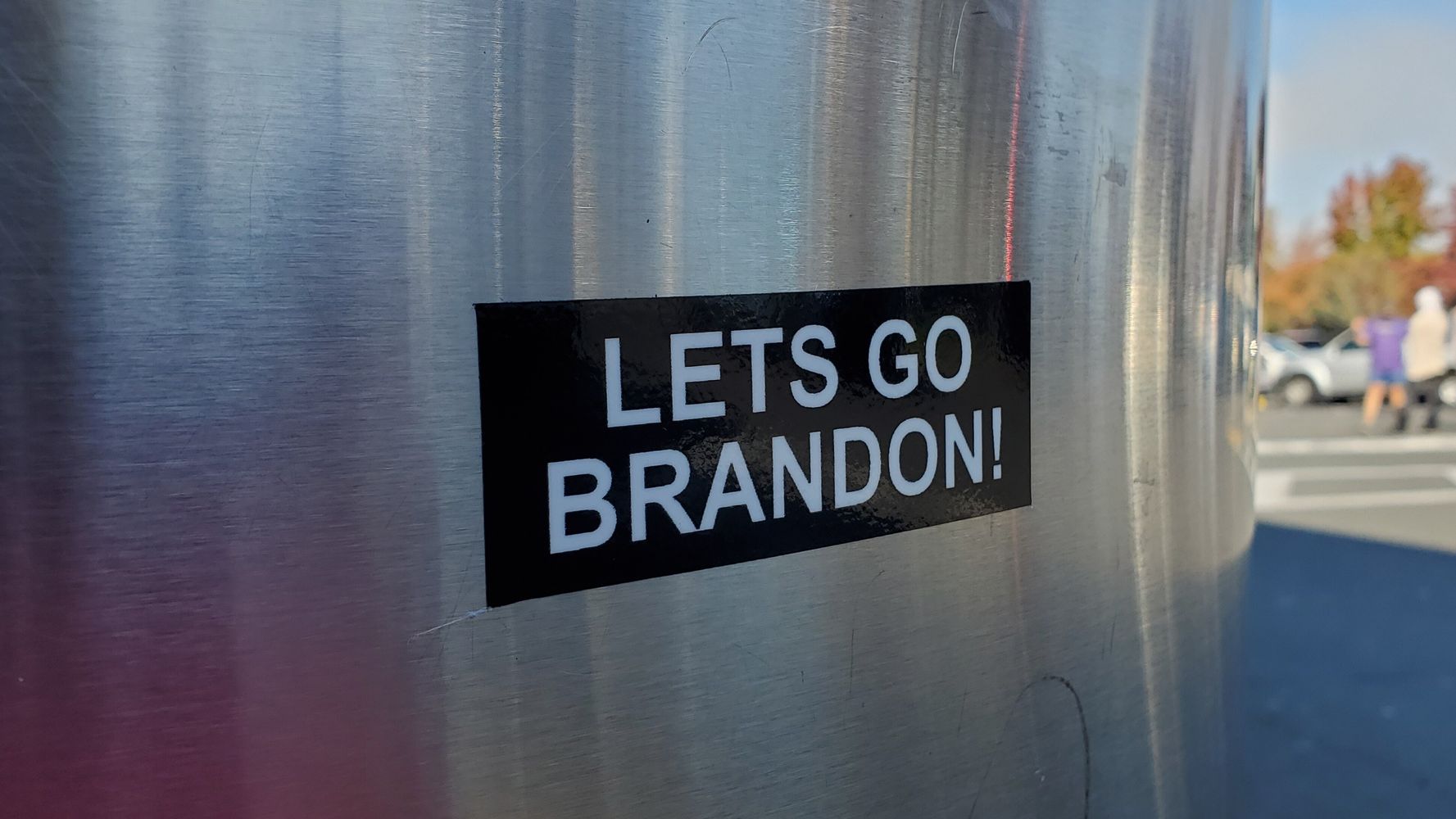 The name Brandon might be appearing more often in the news and on bumper stickers lately, but that doesn’t seem to be the case with birth certificates.

On Friday, the U.S. Social Security Administration released its list of the most popular baby names in 2021, along with broader data about the relative favorability of thousands of other names. The name Brandon is declining in popularity.

This decrease marks a continuation in the decline the name Brandon has seen in recent years. The name peaked between 1992 and 1994 when it was the sixth most-popular name for baby boys. After a slow period of drooping popularity, it began seeing more significant drops in the 2010s.

While we can’t know for sure if the pejorative political slogan “Let’s Go Brandon” is the cause of the name’s decline in popularity, it seems likely that the growing association of the name with the coded slur for “F**k Joe Biden” ― and thus with both the conservative movement and the Democratic 46th president of the U.S. ― can only contribute to the downward trend among parents on both sides of the aisle.

Baby names typically don’t make big jumps up or down the popularity list from one year to the next. In fact, almost all of the Top 10 names of 2021 are the same as the ones from 2020. Still, there are interesting exceptions in addition to Brandon.

The name Karen has declined considerably in the years since the derogatory “Karen” meme ― and general association of the name with white privilege and white supremacy ― took hold in popular culture. Similarly, names like Katrina and Isis dropped off the Top 1,000 ranking following negative news coverage with the hurricane and terrorist group, respectively.

Given the “Let’s Go Brandon” slogan only originated in September 2021, it’s likely that its impact won’t be fully seen until the SSA releases the baby naming data for 2022.

Will Brandon further drop down the list? Or will the added publicity, regardless of its negative nature, boost the name’s popularity? Some experts have suggested the latter is usually the case. Still, only time will tell.

It’s Official: The Name ‘Karen’ Is Still Plummeting In Popularity

Survey: Parents are generally receptive to the use of AI tools in pediatric ED, but reservations remain
Probiotic supplements accelerate the maturation of microbiome in extremely preterm infants
The enigma of post-acute infection syndromes
Montefiore Einstein Cancer Center partners with the Price Family Foundation to advance cancer equity
Is it safe to make homemade baby formula?