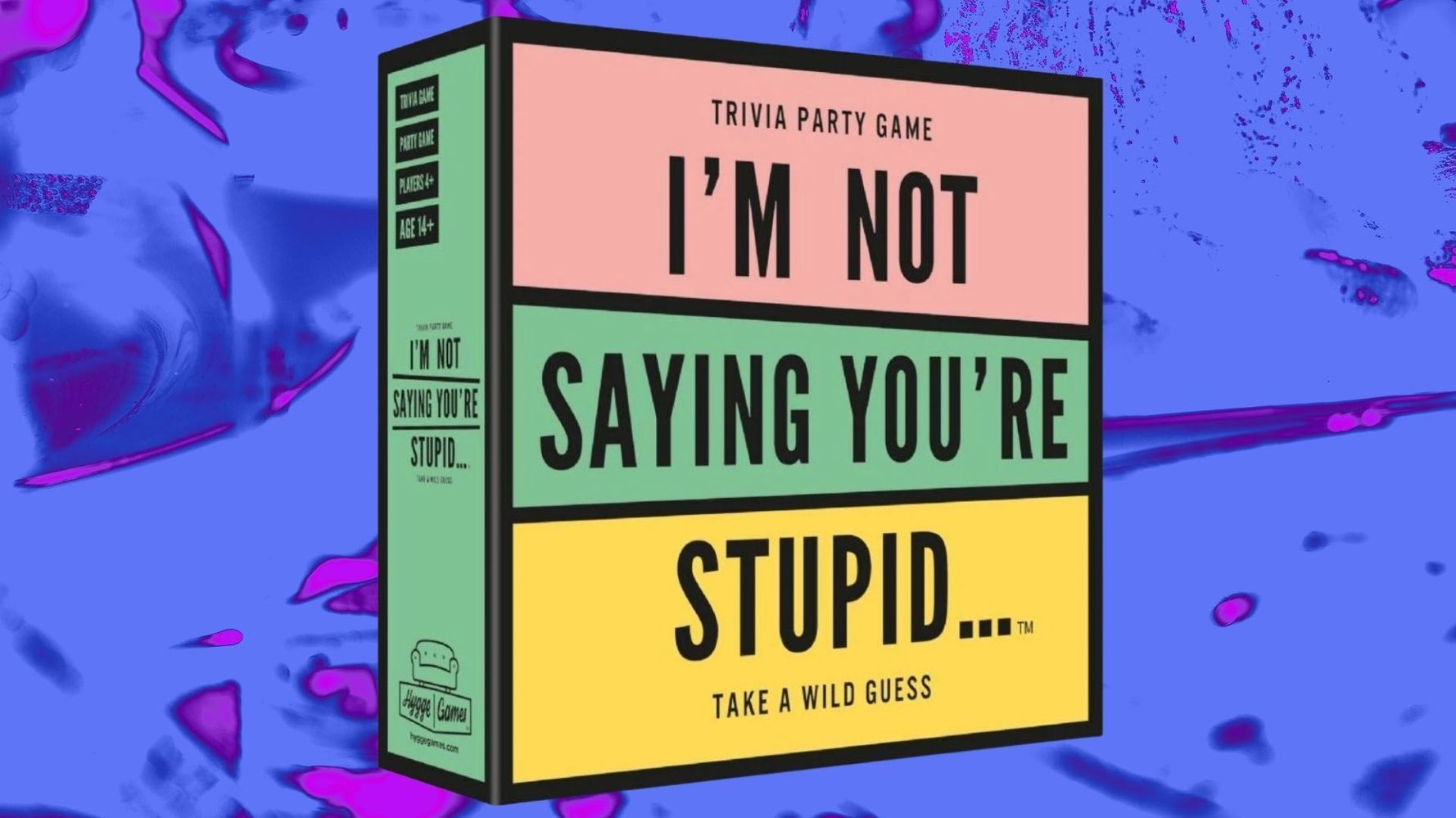 As of late, holidays seem to be spent a little closer to home, and if I’m being completely honest, that’s just as well because it gives me an excuse to indulge in my not-so quiet joy: game nights.

I don’t know what game nights look like for you and your friends and family, but for me, I love getting to sit around in comfy clothes, stuff my face with cheese-laced dips and feel that competitive rush as I flex my strategy at a game of Clue.

If this isn’t something familiar to you, introducing game nights as a new tradition with your friends and family can be a great way to stave of boredom or quell those feelings of missing out when on a Friday night you want to do something, but not necessarily go out.

Below, find crowd favorite games, accessible snack trays and other items to help you seamlessly entertain and make your next game-night-in a complete hit.

HuffPost may receive a share from purchases made via links on this page. Every item is independently selected by the HuffPost Shopping team. Prices and availability are subject to change.

A cult favorite game that’s the right amount of inappropriate
Amazon
If you haven’t yet experienced the crass and slightly crude humor of Cards Against Humanity, I can say with 100% certainty that you’re missing out. Each round, one player asks a question from a black card while the other players lay down a white card with the funniest response that the person asking will be most likely choose. If you’re already a CAH aficionado, grab one of their many expansion packs from their Nasty Bundle, Absurd Box and the Everything Box that features a heavy dose of current affairs and commentary on “opiate-peddling mega-corporations.”

A snack board that swivels so everyone can eat while they play
Uncommon Goods
Stop hungry hands from reaching across the table in the middle of strategic game play with this compact bamboo swivel board that is perfect for holding dips, cheeses, chips and crackers all in one place. Easily turn the bottom portion to whoever wants it, then swivel it back into place. This board also has a drawer for cheese knives that can be easily accessed, even in the middle of an intense game of Yahtzee.

Get it from Uncommon Goods for $85.

A way to keep the piece with these handy collapsable game piece bowls
Amazon
Never again lose important game pieces to the black hole that is couch cushions or the undersides of tables and chairs. These color-coded silicone dishes can help you stay organized during game play and fold flat for easy storage and portability.

A game that went viral and might cause you to drool
Target
You may have seen Watch Ya’ Mouth on the “Ellen” show, or watched videos of people trying to read phrases that their teammates have to guess while a cheek retractor keeps their lips from touching. It’s harder than you think, but entirely hilarious.

A snack subscription box for a regular supply of game night snacks
TokyoTreat
Stay stocked up on snacks for your game nights with this monthly subscription box that features different foods from Japan and a new theme each month. You and your fellow gamers can taste unique goodies like truffle-flavored chips, white peach Fanta, DIY candy kits and animé-themed corn snacks in buttered toast flavor.

A luxury version of Clue for all those die-hard fans
Amazon
Turn your regular game night into a night of murder, mystery and luxury with this special edition of Clue that is sure to be a collector’s item. This detailed veneered wooden board has a gold-stamped playing surface and offers a three dimensional view of the Clue mansion as well as a built-in deluxe storage box for game pieces.

A set of foldable tables and chairs for when things get serious
Bed Bath & Beyond
Now even more people can attend your game night with this foldable table and chairs set. Each piece has a sturdy metal frame and built-in safety mechanisms to prevent collapsing if players get a little overly competitive.

A family game that combines Pictionary and Telephone
Walmart
The worse you are at drawing, the funnier Sketchy Stories will likely be. A player chooses a scenario card, then attempts to draw the scene, leaving the next person in their team to guess what had been drawn and then repeat the process themselves. The team closest to guessing the correct scenario at the end of the line wins that round. Scenarios include everything from “abduction by butterflies” to “punching a jellyfish,” so good luck drawing that.

A longtime favorite that every game lover needs to have on hand
Target
This fun, fast-paced party game is great for both large and small groups. Players must get their team to guess the word on their card without being able to say several other related “taboo” words or the word itself before time runs out.

Monopoly-themed glass charms to stop drinks from getting mixed up
Etsy
Avoid accidentally sipping grandma’s Chardonnay thinking it was your refreshing White Claw with these handmade wine glass charms featuring iconic game pieces from Monopoly. Made from silver tone metal and colorful glass beads, pop these over your wine stem or even on the lip of your glass to stake your beverage claim.

A tipsy-er and more lewd rendition of truth or dare
Amazon
Although the concept of Tipsy Chicken is simple (pick a card and complete the dare or take a chicken card and increase your chance of losing), the dynamically strange dare cards and drinking element give a fresh take on your standard game of Truth or Dare. Designated drivers and non-drinkers alike can also play along thanks to the multiple variations this game offers. Tipsy Chicken welcomes lowered inhibitions and making a complete fool out of yourself, so this probably won’t be the best game to whip out in any kind of professional setting.

A multi-sectional serving platter to pass around
Pottery Barn
Maintain game play sustenance with this BPA-free and dishwasher-safe party platter with removable sections you can pass around. Made from shatter-proof melamine, this circular tray can be a great centerpiece for your game table so everyone can grab and snack as Apples to Apples rages on.

An immersive story-driven board game that brings out your inner detective
Hunt a Killer
Hunt a Killer’s series of interactive murder mystery games are highly involved and can be played solo or in groups. This massive and intricate board game requires players to decipher codes, piece together clues and find the killer. This edition takes you back to 1998, when a small town class reunion turns deadly and a private investigator eyes the town’s citizens. Hunt a Killer contains six different episodes, each one taking up to a month to complete and each one filled with new information that brings you closer and closer to solving the crime, which is one of the reasons for the high price tag.

A more sophisticated version of Charades
Amazon
Would you be able to guess the terms Ted Talk or Ebola or the portentous Log Lady character from Twin Peaks, if all you had to go on was one-word clues or a game of charades? Monikers adds a new element to the classic game of Charades and is perfect for groups of new people, large or small.

A new take on a game of trivia
AlwaysFits
If you give an answer that’s the furthest from being true, you get dealt the undesirable card, placing you closer to losing the game. The purpose of this twist on trivia isn’t necessarily to get the answers to the ridiculously hilarious questions correct, just to seem right enough to keep other players off your scent.

The Ultimate, Must-Have Gift Guide For The 2021 Holiday Season

How Long Can A Baby Sleep In Pack ‘N Play?
The Funniest Tweets From Parents This Week (Nov. 20-26)
White Curds in Baby Poop: Causes, Symptoms And When To Worry
Top 15 Nursery Rhymes For Toddlers And Preschoolers
Getting Pregnant: 2 Simple Visualizations That May Help