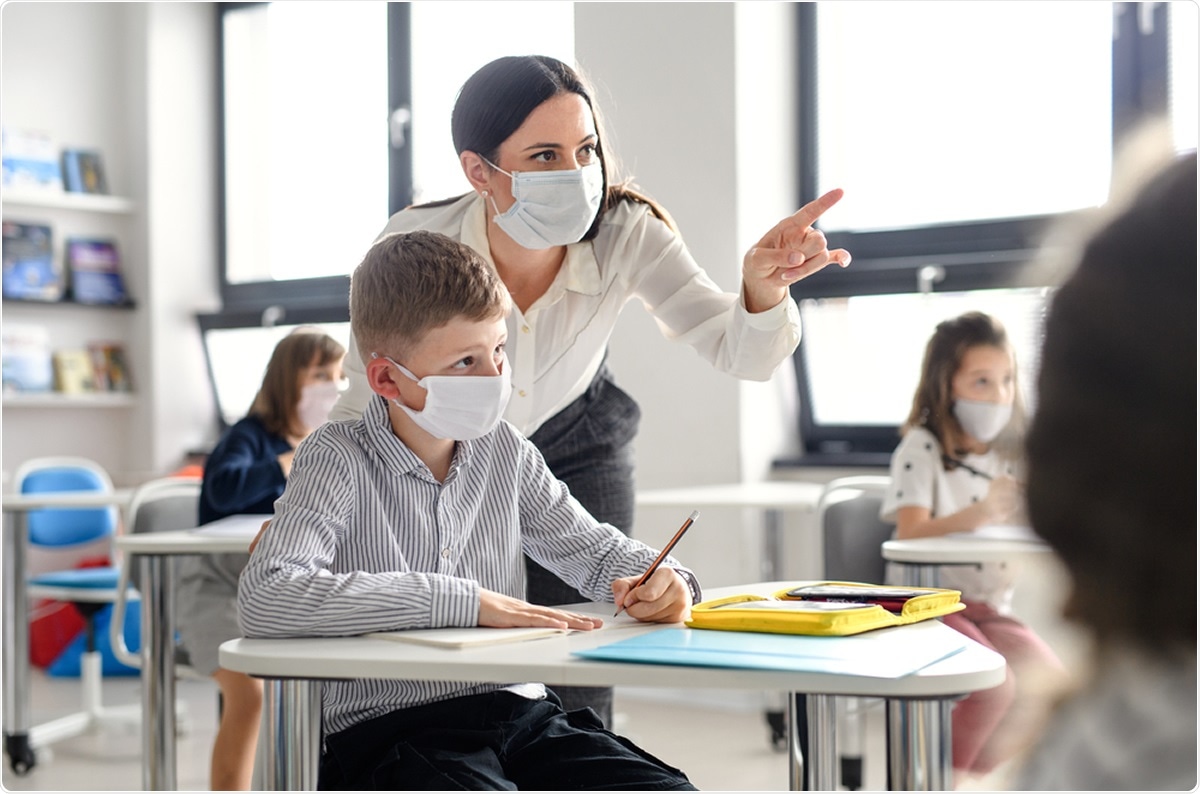 Researchers in the UK have conducted a study showing that families and school staff support the use of coronavirus disease 2019 (COVID-19) mitigation measures in secondary schools as young people return to face-to-face education.

The team’s study of attitudes towards mitigation measures among young people, parents, and school staff found that, although some participants expressed concerns about the reopening of schools, the majority felt that the benefits would outweigh the risks.

Overall, participants thought mitigation measures such as hand-hygiene and a test-and-trace system would be acceptable and pragmatic alternatives to social distancing, which they viewed as impossible to implement, given the numbers of people and lack of space.

The study, conducted by researchers at the University of Bristol and University Hospitals Bristol and Weston NHS Foundation Trust, emphasized that clear communications and a sense of collective responsibility would be crucial to ensuring compliance and success.

“Our data support the calls for extra government funding to support the implementation of school mitigation measures,” say Jeremy Horwood and colleagues.

A pre-print version of the paper is available in the server medRxiv*, while the article undergoes peer review.

The debate surrounding reopening of schools

As part of the UK lockdown introduced on March 23rd this year, schools were closed to all but a few priority or vulnerable groups.

In July, the government announced that schools would start to reopen in September, but the risks associated with this reopening are a topic of ongoing debate.

Those in favor of schools reopening are concerned about the effects that closures have on pupils’ learning, particularly those of lower socioeconomic status. They are also worried about widening equalities and adverse effects on the pupil’s physical and mental health.

However, modeling studies have suggested that schools’ reopening could trigger a second wave of COVID-19 in the country.

The government released guidance on a range of protective measures that could be put in place to reduce the risk of outbreaks in schools, including hand-hygiene, infection control, the reporting of symptoms, and social distancing.

“Understanding the views and concerns of school staff, parents and students about school COVID-19 measures being introduced is key to ensuring compliance and avoiding unintended harms,” said Horwood and team.

Investigating people’s attitudes towards the measures in secondary schools

Now, Horwood and colleagues have investigated the attitudes of young people, parents/carers, and school staff towards the use of COVID-19 mitigation measures in secondary schools by conducting 45-minute individual or group interviews online or over the phone.

Discussions were focused on social distancing, hand-hygiene, a test-and-trace system, and the student groups that might be most affected by these measures.

Between July and September 2020, the researchers recruited 13 staff members, 20 parents, and 17 young people through secondary schools and local community organizations in the South West of England.

“Because lower socioeconomic and Black, Asian and Minority Ethnic (BAME) populations are disproportionately affected by Covid-19, we contacted 21 schools with higher levels of these populations to ensure we captured their specific concerns,” says the team.

What were the responses?

Some families and staff were concerned about an increased risk of SARS-CoV-2 transmission as schools reopen, particularly the risk to vulnerable individuals. Still, the majority felt that the benefits of reopening outweighed these risks.

Many families were more worried about the negative impacts of school staying closed on young people’s education than they were about the COVID-19 risk if they reopen. Many families also acknowledged that homeschooling could not continue indefinitely.

Young people, parents, and staff generally felt that planned school risk reduction measures such as hand hygiene and testing would be acceptable and pragmatic alternatives to social distancing. However, they anticipated that changing habitual behaviors would be challenging.

“All participants agreed student social distancing was impossible and ‘pointless,’ given the numbers of people and lack of space,” write Horwood and team.

Participants also felt that compliance barriers could be addressed by providing precise and consistent information and reminders and engendering a sense of collective responsibility.

Some staff were concerned about their potential to spread SARS-CoV-2 in the school setting.

They were also concerned about potential negative unintended consequences of the new measures on students’ behavior, emotional health, learning, and pastoral care, especially among those with special educational needs or mental health issues who may find the measures particularly challenging.

Staff were also worried about high-risk staff and students, such as those from BAME backgrounds and those with health conditions.

How did people feel about testing being carried out in schools?

Families and staff generally supported the idea of testing and contact tracing but identified the need to consider data security and stigma.

“Testing at schools would reassure students, parents, and staff about school safety, and encourage attendance,” say the researchers. However, “clear information about reporting symptoms (what, how, and why) and the use of personal data is needed,” they add.

Horwood and colleagues say the findings support the calls for extra government funding to support the implementation of school mitigation measures.

“However, schools and policymakers should consider unintended consequences of measures, supporting vulnerable individuals and those with additional needs, and avoiding widening inequalities,” warns the team.

The effects of maternal SARS-CoV-2 infection on the newborn child
Children from historically marginalized groups or poor backgrounds less likely to survive neuroblastoma
Important Child Development Milestones From Birth To 3 Years
31 Viral TikTok Home Products That Just Make Sense
Monkeypox: What You Need To Know About The Virus